December 2022: Students from classrooms at Lancaster-Lebanon IU13 and Lampeter-Strasburg High School learned about technology and problem-solving while spreading holiday cheer. As part of the Annual Holiday Giving Tree, the students created over 400 3D-printed ornaments and included them with presents being delivered to local families.

“The kids are going to be happy,” said Layne, a student at IU13 in Lebanon, when asked about the impact of their gifts.

The project was a joy and a challenge for the students, most of whom had previously never used a 3D printer. They learned to utilize their talents and TinkerCAD software to create and manipulate their designs, then worked together to set up the printer and troubleshoot problems.

“It took some effort, but it was fun,” said Joell, a student in the School-to-Work classroom at IU13. Though the project challenged him, it was worth it to see his design built before him in the printer.

“This was especially fun for me,” said Aaron, a student at Lampeter-Strasburg High School. “It was easy to learn. Once I got the hang of it, I could easily make more.”

Most of the students started with a template for designs such as snowflakes, presents, trees, stars, a penguin, and a polar bear, adding rings at the top for hanging on the tree. One student, however, took his skills a step further and built a snowman from scratch. He said it was difficult to get the sizing and placement correct, but he enjoyed the process and would do it again. His design was so efficient that he could make two ornaments in the same printer at a time.

Inspiration and ideas filled the room as the students worked on the project. From snowmen as earrings to painted 3D-printed trees to small gift tags—they were already thinking of ways to use their new skills for other projects in the future. 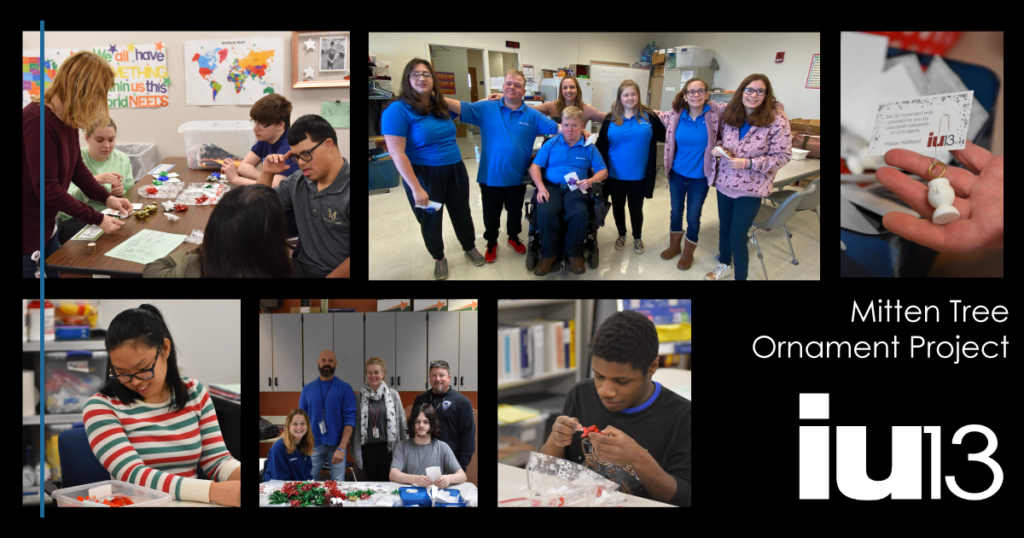