Summer is a time for exploration. Adventure. Creativity and curiosity. All of these were available in abundance during  IU13 Summer Enrichment Camps. New friendships were also part of each experience!

These camps, which are tailored for students in general education or gifted/enrichment programs, help students explore challenges in fun, exciting ways — promoting teamwork, flexibility, and social interaction between campers. Not to mention, camps promote the hands-on learning experiences that parents and kids love!

Over the course of nine weeks (June 17th through August 8th), IU13 offered a total of nine different camps for students in Grades 1-12. All camps were facilitated by IU13 staff from the Student Services program, and some of the camps also involved partnering agencies such as: National Inventors Hall of Fame/Camp Invention, Snapology of Lancaster, Lancaster County Parks and Recreation, and the Pennsylvania College of Health Sciences. 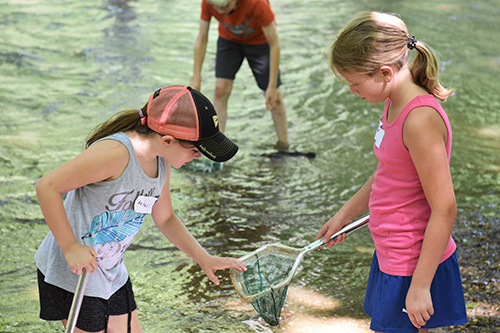 Here are just a few highlights from this year’s camps:

Words of wisdom shared with campers by the chess camp instructor:

Survival in the Wilderness:

Jump In! Exploring the Science & Fun of H2O:

As you can see, campers had an array of inventive, wild, and creative adventures. We look forward to seeing past and future campers next summer!

Click here to learn more about the IU13 Summer Enrichment Camps and other related programs.